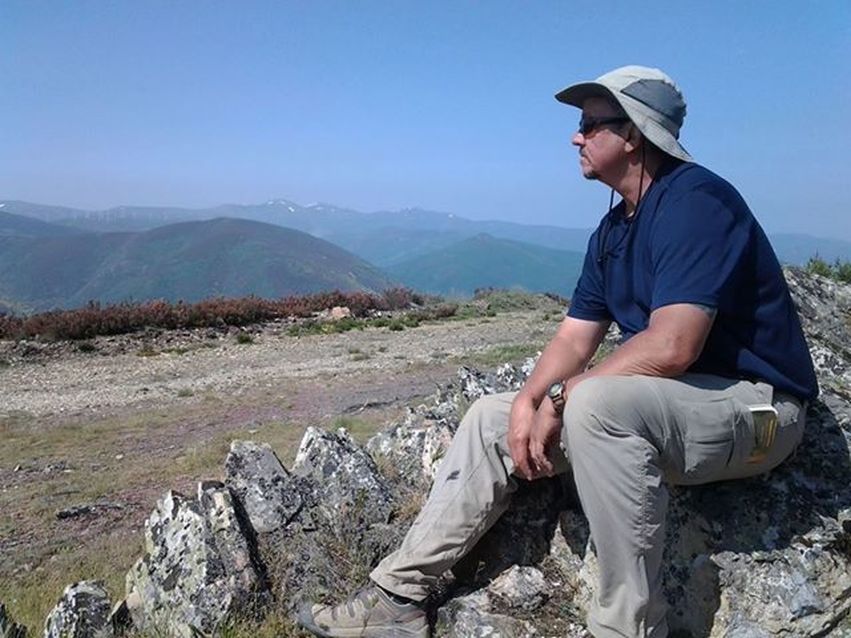 ​Life is easy and good at 5,000 feet. The view of Galicia in northern Spain is pretty nice, too. This photo is from July 2013, during my second walk along the Camino de Santiago, one of the world's oldest and most famous pilgrimages. The Camino Frances, one of a number of routes across the country, stretches 780 kilometers from just across the Pyrenees mountains in France to the city of Santiago de Compostela, on Spain's far northwest side, near the Atlantic ocean. It takes 4-5 weeks to walk the entire distance, moving from village to village, sleeping in albergues (hostels) and the occasional hotel. I kept a detailed journal during my first walk, and also maintained an almost daily blog along the way, and that turned into my second book, “Camino: Laughter and Tears along Spain’s 500-mile Camino de Santiago.”
Check it out HERE.
Living for weeks at a time on the Camino was magical. More than one person has described it as like being in a movie. My friend, Paula, a modern-day flower child from England, said it was like being in an oil painting. It was hard, yes, walking miles and miles all day, every day with only a backpack full of extra clothing, a few medical supplies and toiletries, some drinking water and not much else. But it also was complete freedom.  No  worries, no  responsibilities. Just walking through beautiful countryside, ancient towns and villages, finding something to eat and  a place to sleep at the end of the day. No problems, other than sore legs and sometimes blistered feet. The trick is to take that appreciation of simplicity and carry it back home, and put it into practice in everyday life. Easier said than done.

My trips to  Spain and the Camino were unforgettable and  life-changing. For one thing, the publication of Camino sent my book-writing career into high-gear. I met some wonderful people who are still friends today, and I gained a new perspective on life and the world. One thing I learned is that in spite of all the problems both here and abroad, there are a lot of really good folks out there, who want nothing more than to be happy, same as me. 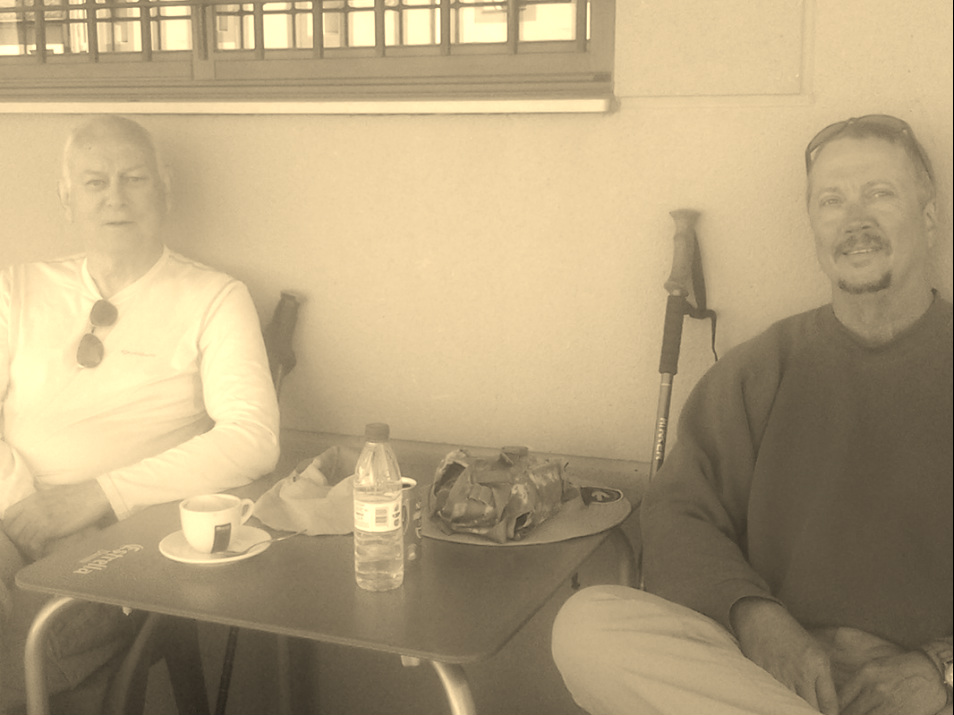 With my friend, Tom, resting in a village somewhere along the Camino de Santiago in summer 2013. Tom and I met in June 2011, during my first Camino.